Cats have conquered people long ago, but among other colors, a red-colored cat has always received special attention. Many myths and fairy tales are associated with these cute orange cats.

They are known for being the carriers of positive energy and can become excellent home talismans. These felines also increase well-being and prosperity and also protect the family from negative energies.

What is a tabby cat? Orange tabby cats are a popular choice for people not only because of the wonderful ambiance they create but also for their distinctive appearance that wins the hearts of many people. The iridescent stripes on the red coat and the “M” mark on the head are distinctive features of their appearance.

We have prepared interesting facts about these cats and guarantee that after you read the article, you will be more than happy to be possessed by these amazing pets. 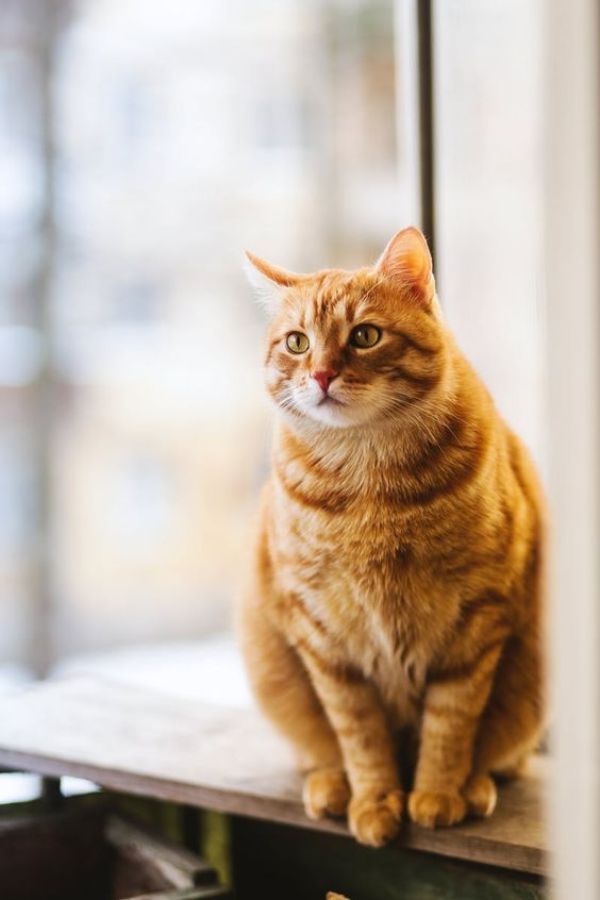 According to statistics, a whopping 80% of all orange tabby cats are males. The reason lies in genetics. Females need two orange genes for this color, and males only need one gene from their mother to be red, so they are more common.

Orange tabby cats can have orange, red, yellow, light orange, or yellowish cream coats. The pigment pheomelanin is responsible for this color (the same pigment causes red hair in humans).

Sometimes in cats, there is a change in pigmentation, and so-called freckles appear on the stripes. These freckles are most often located around the nose, lips, and gums. This pigmentation is harmless, but if you think it looks strange and causes concern, it is best to consult a veterinarian.

These cats are very affectionate, friendly, social, and easy-going. Why are orange tabby cats so affectionate? It depends on the way they were taken care of when they were kittens. These chatty boxes are super loving and would love to be your cuddling partner. Besides, male tabby cats are believed to be more affectionate than female orange tabbies.

If you want your nightmare to come true, then just forget to feed the kitten in the evening. We guarantee that in the morning you will wake up from a loud “Meow” with a complaint and an offended look. If these felines love anything more than relaxing and spending time with their owners, it is food. It is best to choose dry food to maintain a healthy weight because these cats are prone to being overweight. You can also spoil your pet with wet food sometimes, but do not overdo it, as they can refuse to eat dry food. If you go for homemade cat food, then make sure the diet is balanced and varied.

What pets are true superstars of the silver screen and favorite companions of well-known people? The answer is orange tabbies. Winston Churchill had two ginger tabby cats: Tango and Jock. Later, Hollywood screenwriters were inspired by the unique appearance and personality of these felines. Therefore, the well-known Puss in Boots and cute Garfield appeared.

Since domestic cats are wild cats’ relatives, a special pattern plays the same role for them. The orange-colored coat and stripes help the animal remain undetected while hunting.

Cat worship was a part of the life of Ancient Egypt, however, in the modern world, tabbies can also take an active part in social and political life. For instance, in 1997, a cat named Stubbs was elected mayor in Talkeetna, Alaska. He has been a mayor for almost 20 years.

No other color offers such a variety of names as the orange tabby feline. Pepper, Carrot, and Cheeto are great names for a ginger miracle. You may choose from various orange boy cat names and beautiful female names for orange cats.

Are Orange Tabby Cats a Breed? 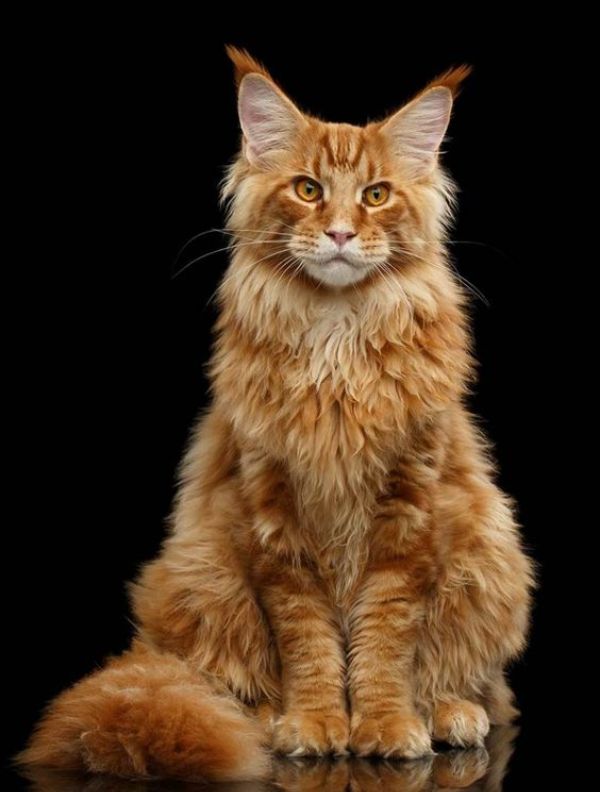 There are four main types of tabby cats. Orange striped cats carry the agouti gene, which is responsible for the color change and regulates the color of melanin. Orange cats cannot be monochromatic, the markings on the coat are mandatory. Here, we will talk about tabby cat fur patterns in detail.

The striped cat has a typical tabby letter “M” on the forehead, and the pattern on the body resembles the color of a tiger. The undercoat is pale and may have tabby markings. There are colored stripes around the neck and narrow rings on the tail.

There are wide lines along the chest, the stripes on the neck look like a necklace, and on the tail, there are wide rings.

The ticked hairs are evenly distributed over the coat, giving a ticked color.

As for a spotted tabby, the pattern is created with solid spots. The main features of this color are the following:
On the neck, there is a “necklace” with indistinct outlines;
Along the body from the neck to the tail, there is a line of spots;
There is a classic “M” mark on the face.

Patched tabby cats are known as tortoiseshell or torties. Marmalade cats may not be striped, or they may be striped and have red and brown patches. The marks can be of different thicknesses and intensities. 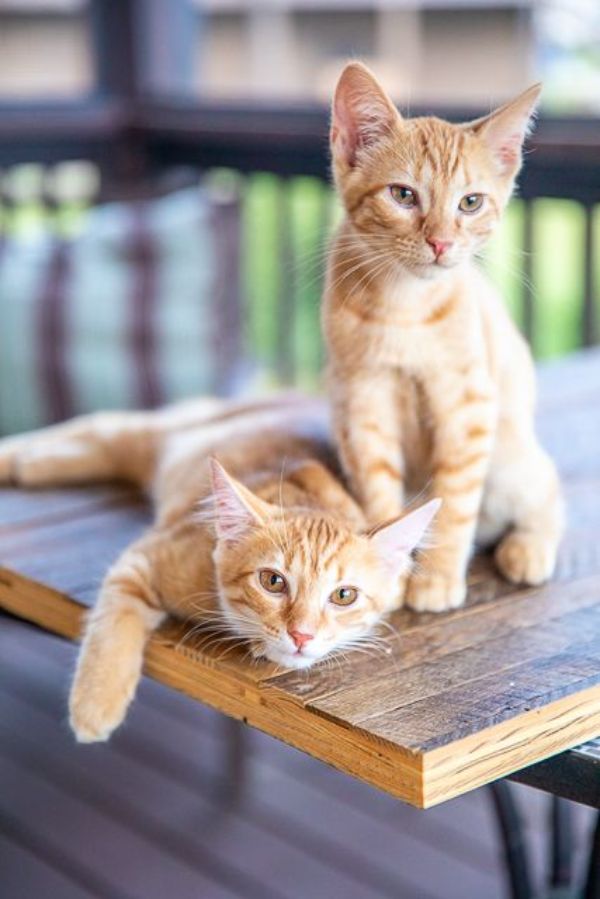 The orange tabby cat personality does not depend on color but the breed and the general climate in the family. For example, Persian tabby, American Shorthair orange tabby, British tabby, Maine Coon tabby, and Bengal orange cats have different temperaments and different behaviors. Some orange kittens will be more playful and affectionate, while others will be less affectionate and less active. Choose the breed that best suits your personality.

What does that “M” on the tabby cat’s head stand for?

There are many myths associated with these distinctive markings on the forehead. Christians believe that the Virgin Mary kissed the tabby cat on the head and this mark appeared. Muslims believe that the prophet Muhammad stroked the cat on the head because the cat protected him from the cobra while he was sleeping, and this mark appeared. According to Egyptian legends, the letter “M” means “Mau”.

Orange tabby cats have a place in history 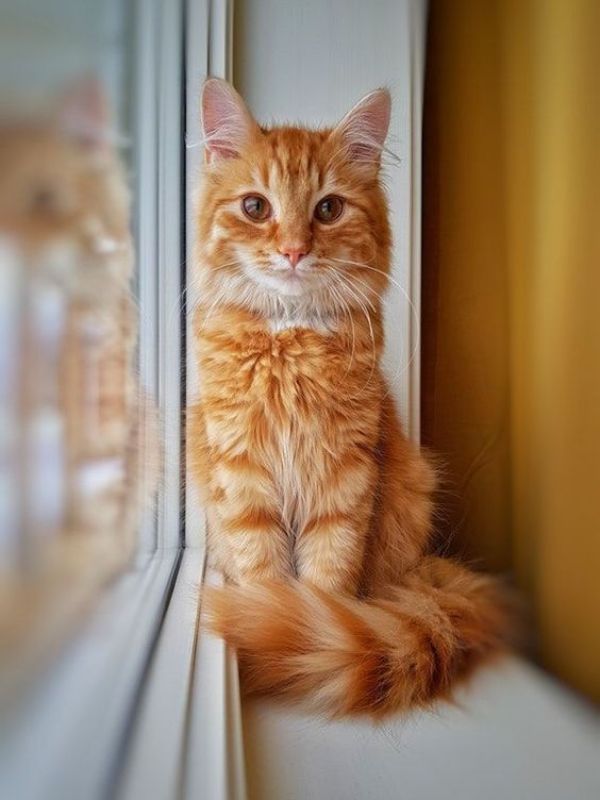 Besides, many artists have dedicated their paintings to tiger striped cats. Utagawa Kuniyoshi created a xylograph called “Woman Holding a Cat”. It shows a woman with an orange and cream cat. Horatio Henry Couldery depicted mackerel cats.
Other representatives of the feline family include the following popular ginger cats: Garfield, Puss in Boots from “Shrek”, Thomas O’Malley from “The Aristocats”, Orangey from “Breakfast at Tiffany’s”.

Why are orange tabby cats rare?

Actually, tabby cats are not rare and are quite common in many breeds, while female tabby cats are rare. In fact, up to 80 percent of orange tabbies are male, making female orange cats a bit of a rarity. Regardless of gender, red cats live from 15 to 20 years.

Overall, orange tabby cats are friendly and easy-going, but certain breeds tend to be more aggressive than their feline relatives.

Why are orange tabby cats so mean?

Generally, orange tabby cats are not mean, they may just have a bad temper or a bad mood.
For instance, Scottish Fold cats are vocal felines are social, kid-friendly, and get along with their canine friends. However, they have a feisty side and can show it if they do not receive the necessary attention. Egyptian Mau cats are smart, loyal, obedient, and affectionate pets that are usually very friendly, but they are highly intelligent, they can take offense and bite if they are in a bad mood.

So, orange kitties are known for their gorgeous appearance and a unique personality that you will love. If you are still thinking about buying a ginger miracle, then stop thinking and become a parent of your new happiness.