Seal point Siamese cats are one of the sought-after Siamese breeds not only due to their amazing appearance but due to their exceptional personality. Siamese are wonderful companions who adore their owners.

They will give you a warm hug in the morning, support you with a conversation if you are depressed, and will gladly play various games with you. If you need a loyal, intelligent, and loving friend, then this cat is the best choice.

If you do not know anything about these cats, but dream of becoming their parent, in this article, you will find all the information you need.

The Seal Point Siamese Breed At A Glance

What is a Seal Point Siamese?

Seal point is the most popular and oldest recognized color of Siamese felines. It was the Seal point color that was called royal, and Sealpoint Siamese cats have been faithful companions of royal families for many centuries.

Seal point cats have dark brown, almost black markings, and the color of the belly and chest is of the lightest shade. The markings on the cat’s paws look like long gloves, and the nose leather and paw pads also have dark brown coloration.

A brief history of these cats

Seal point Siamese cats were highly respected cats in Thailand. Initially, only members of the royal family could own them, and they believed that this cat escorted the soul of the deceased to the afterlife.

Besides, it is known that these cats lived with the priests in monasteries and reported danger in the event of intruders. They were also considered the spiritual guardians of people.

In the second half of the 19th century, the ruler of Siam sent several dozen Siamese cats to Europe as a gift to dignitaries. In 1884 an English consul from Bangkok brought a Siamese cat of traditional color to London. In England, Siamese have become very popular since Queen Victoria visited the first Siamese cat shows in the late 19th century.

In 1901, the British “Club of Siamese cats” was established, and in 1902 the standard for Siamese cats was approved. According to this standard, cats with kinked tails and strabismus were not eligible for further breeding. After 1902, these cats appeared in other European countries and the USA. 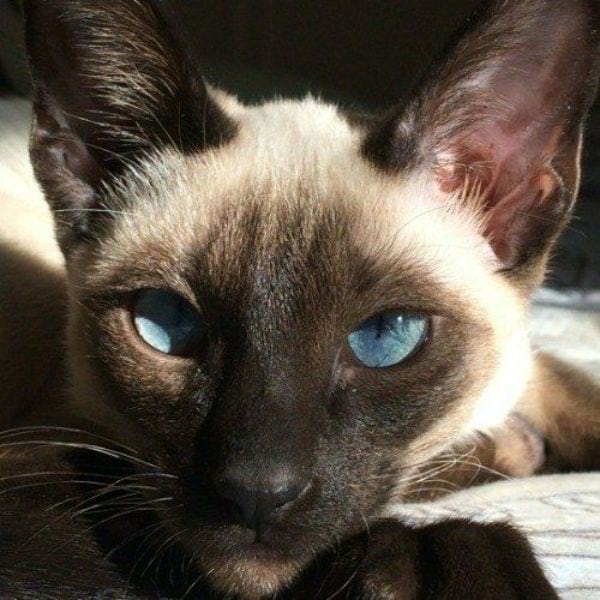 These cats have graceful and flexible bodies. The body color is cream, this shade darkens to light brown during life (the older the cat, the darker the color), points on the body are deep brown. The cat’s eyes are bright, luminous, deep blue. The disadvantages of these cute felines are light paws and a greenish tint of the eyes.

Some people believe that Blue points are affectionate and gentle, Seal points are arrogant, Chocolate points are funny, and torties are naughty. Undoubtedly, this opinion is subjective, but there are certain Siamese traits that set Sealpoint Siamese felines apart from others.

The Siamese cats Seal point are elegant and independent, loyal and friendly, but at the same time, they can be quite possessive and jealous. They are very capricious and if they don’t like something, trust us, they will let you know with a haughty look and a loud, displeased “meow”.

These creatures adore attention, they are very energetic, easy-going, and feel equally comfortable both in the company of adults and children. The intelligence level of these cats makes them eager to learn new tricks, and they love to play games.

The Seal Point in Related Breeds

The Seal point pattern is characteristic not only of Siamese felines but is also found in other Seal point cat breeds.

Seal point Siamese cats
The Siamese cat is a true Seal Point cat, which has been the royal cat breed since ancient times.

Seal point Ragdoll cats
Ragdolls are also Seal points – they can have a mitted Seal point pattern or a bicolor pattern.

How much do they cost?

The price of Seal Point kittens ranges from $250 to $1200, adult purebred cats are more expensive – the price starts at $1000. The cost of cats offered by breeders is much higher since the kittens have a pedigree, good housing conditions, and all the necessary vaccinations.

It is much cheaper to get a kitten from a shelter, but in this case, you cannot be sure about the pedigree of cats and their health condition.

These cats have very short hair, they shed less often than other breeds, and this shedding is not as noticeable. However, despite this, they are not hypoallergenic.

Thus, these furry balls are great pets for easy-going people who are ready to give a piece of their heart to the sweetest and cutest Seal points.

All About Chocolate Point Siamese Cats