Do you think charming flat faced cat breeds are the loveliest ones? Well, you are not wrong! Their smushed pug nose, huge round eyes, and generally big flat face make them look like a plush toy – so pretty and adorable.

However, don’t forget that such attractive flat face cat breeds aren’t just the most popular, they also belong to the most finicky and capricious breeds. Almost any flat face cat breed features long hair and this means that it needs regular bathing and grooming.

Moreover, owners of squishy face cat breeds should remember that such special felines need regular check-ups at the vet and require particular attention in various health aspects like dental care, vision, and respiration.

So if you’re ready to bring a squished face cat into your home, go through the list of the best flat nose cat breeds in the world and find out more details about each one. 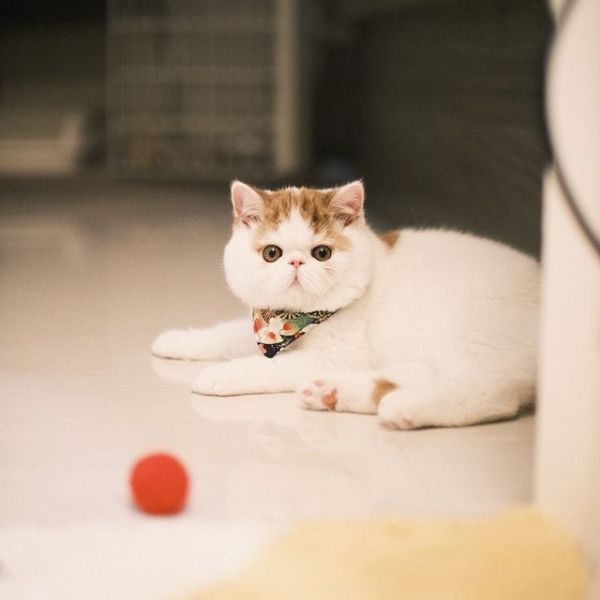 For those cat lovers who prefer large-sized felines with a round head, a flat face, a snub nose, funny cheeks, and huge eyes, the Exotic Shorthair is a dream cat.

The Exotic cat likes to be in peaceful surroundings and get tender petting from the pet parent. Such cats with flat faces like the Exotics get along well both with kids and other domestic pets. 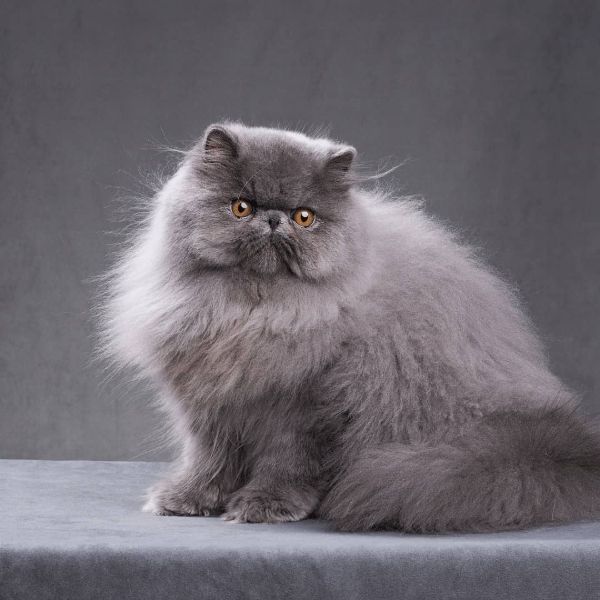 What makes the Persians so appealing and charming? Their luxurious fur or laid-back nature? Of course, both of these features. The Persians are deeply valued kitties. They are one of the most demanded fluffy cat breeds. The unique charm and jewel-like eyes can no one leave indifferent.

These cats are flat-faced with a gorgeous wide chest, a large head, an upturned nose. Just keep in mind that because of their long silk fur these cats need daily grooming and weekly bathing.

As for their temperament, the Persians are easy-going and relaxed creatures. They like lying on the couch or near their pet parents. They can be loyal and devoted companions. 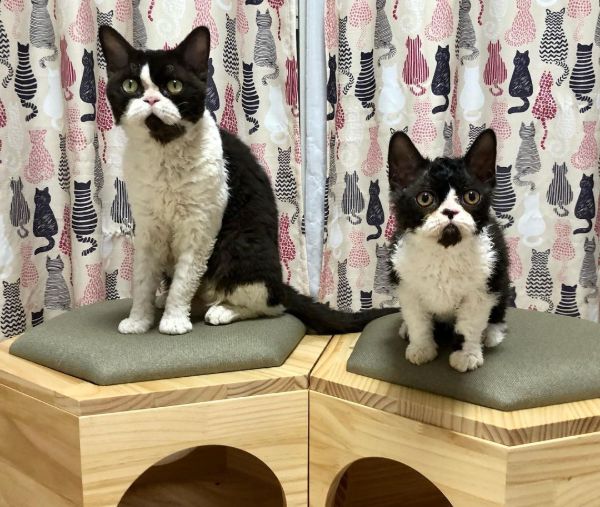 A unique and distinguished scrunched face cat breed is the Selkirk Rex cat. The cats of this breed can be easily recognized by their long locks with wavy kinks.

This grumpy cat breed looks as if these cats get up in the morning and curl their hair. Despite their always unhappy and a bit annoyed expression, these cats are known as extremely lovable and social felines. 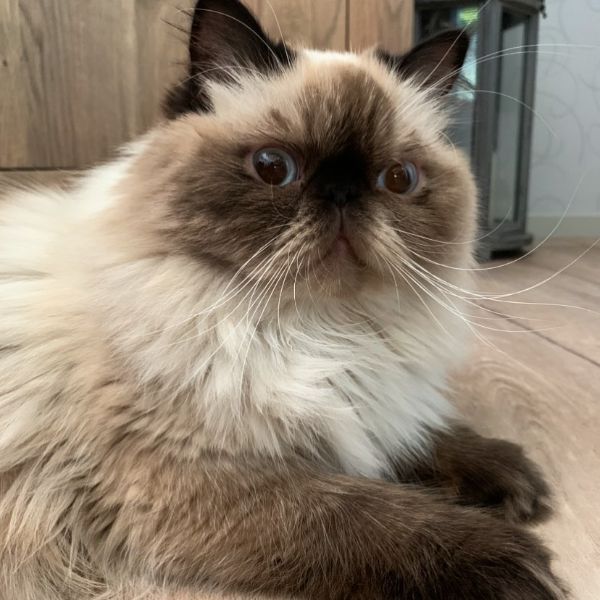 Search for the cat from a book? Look at the Himalayan! The Himalayan cat is a wonderful mixture of Persian and Siamese cats that attracts people because of its uncommon look and specific nature.

The Himalayan is a cat with a smashed face and gorgeous coat of the Persian parent and with fur points of the Siamese one.

Such a great blend includes the personalities of both breeds. The Himalayan cats are known as lazy, affectionate, and highly vocal felines just like the Persians. Besides, they learn quickly some new tricks and commands like the Siamese cats.

Due to their long hair, the Himalayan cats require constant grooming and daily brushing. 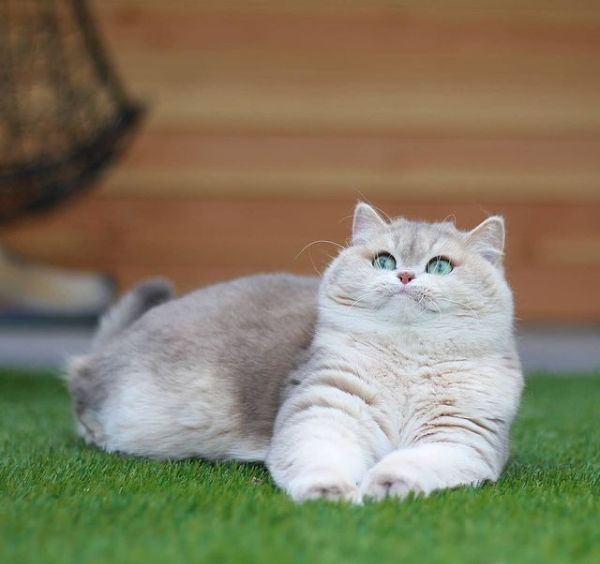 The British Shorthair cats are considered the healthiest type of cats with flat faces. And that’s true that these cats usually have no problems with their health, unlike other flat faced pretty cat breeds. So if you decide to get the British Shorthair, you won’t need to visit a vet very often – just from time to time.

Such a stocky breed features short hair as its name shows, curious big eyes, and awesome pointed ears. These cats are patient and loving felines who always bond closely with their owners. 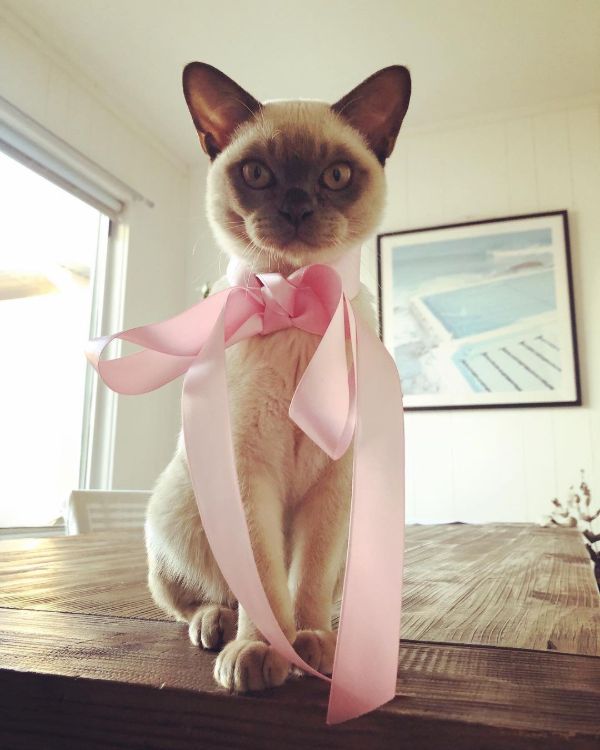 Which cat breed can be dog-like? There is one for sure and it is the Burmese.
The Burmese cats are not so big but stocky and muscular felines. They have short glossy fur that doesn’t need too much care. The temperament of this smushed faced cats breed is known as playful and communicative. This breed is distinguished by its remarkable loyalty to the pet parents and great ability to learn new tricks and commands.
The Burmese cats remain their kitten-like temperate even in adulthood and they are good for families with kids or other pets. 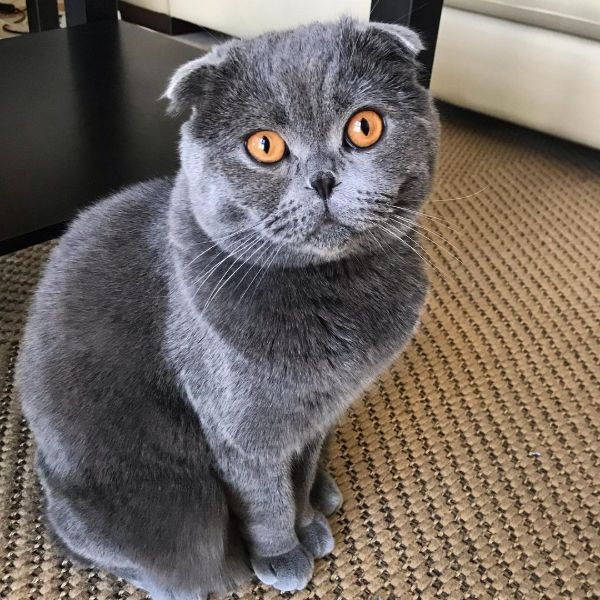 Some people prefer short-eared cat breeds and there’s nothing wrong with that. The Scottish Fold cats can be a perfect option for such people.

The fur of this cat breed is short and dense. Such sweet-looking medium-sized felines have a solid body and large, wide-open eyes. The Scottish Folds are mostly round in shape and their heads seem round because of their tightly folded ears.

The Scottish Fold flat nose cat breed is characterized by extreme playfulness and affectionate nature. These cats love people’s attention and strive always to be near their humans. Who wants to get a kitten at home and see that your kitten doesn’t change practically in appearance. The flat faced Munchkin cat is often called an ‘eternal kitten’. This breed is one of the most outstanding flat faced types of fluffy cats in America.

The Munchkins cats that stay small when growing up feature short coats and walnut-shaped bodies. One more thing that differs them from other cuddliest cat breeds is long hind legs and short front legs. Because of that, the Munchkins seem thick and plush.

The Munchkin’s character can be described as playful and outgoing. However, this breed tends to be a little bit of mischief and likes to be in the center of attention.

When you’re looking for an extravagant-looking four-legged friend, focus on such an elegant cat with a flat face peculiarity as Bombay. This awesome cat looks like a small black panther.

The Bombay cats have an unusual parentage. Oddly enough, this smushed face cat breed was created at the same time in two different countries – the USA and the United Kingdom. However, both versions of Bombay look practically identical.

As for the general characteristics of Bombay, this round face cat breed features a medium-sized body, short and glossy coat, and round ear tips as well as chin. The Bombay cats have an active and curious nature and can easily adapt to any changes. Besides, they learn new tricks very fast.

What type of cat has a flat face?

Brachycephalic cats are usually considered flat faced felines. These are the cats who have distorted skulls.

Why do cat breeds have flat faces?

This face distortion of squished face cats occurs because of a genetic trait that causes the skull to be flattened and thus flattening the facial features.

What breed of cat has a flat face and big eyes?

The most sought-after breeds of smashed face cats that feature big round eyes are the Persian, British Shorthair, and Selkirk Rex.

Like all brachycephalic creatures, smush-faced cat breeds have some breathing issues because of their distorted skull shape that directly influences the feline’s nasal passages and impedes the airways. Due to this genetic trait which is reflected in a flattened nose, squish faced cat breeds often have problems with their teeth, lower jaws, and tear ducts. Flat-faced cats’ parents should pay much attention to the health of their felines and show their favorites to the vets regularly.

Do all Persian cats have flat faces?

Actually, not all! The traditional and doll-faced Persian cats have muzzles. But we also know extremely flat face Persian cats that have high noses and because of this extravagant feature are prone to various diseases.

How much does a flat face cat cost?

The price of weird-looking cats with a snub nose and big eyes may vary between $500 and $5000 depending on the breed.

Have you made up your mind about what snub nose face breed to get into your home? If yes, write about your choice in the comments below. If not, check out our list of the most popular smush face cat breeds and you might have your favorite.

20 Most Expensive Cat Breeds in the World