When it comes to cat naming inspiration, you can’t go wrong with Greek mythology. From gods and goddesses to honored characters, there are a lot of legendary options to choose from, and all of them are likely to be as exciting and inimitable as your kitty is.

Whether you’re searching for a cool way to pay tribute to your Greek heritage, pay homage to your favorite Greek culture, or just looking for unusual cat name ideas, below you’ll find a list of amazing Greek cat names that can help you select the right name for your new four-legged companion.

Finding the Right Greek Name for Your Cat

The best Greek male names, as well as female ones, come from mythology, history, art, culture, and even Greek national food. So when picking the appropriate name for your feline, first of all, be sure that it fits well for you and your cat because you, your family, and friends will be saying it a lot. Check out our ultimate list of mythical cat names and decide which one is right for your pet. 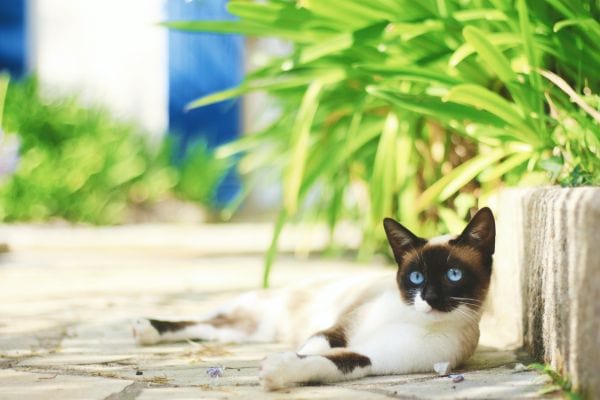 If you have a female feline, you’ll definitely view these female Greek names and decide if any are suitable. The up-to-date and ancient Greek female names are presented below and these cat names for female kitties vary from usual to quite unique.

However, we’ve added their traditional meanings so you can understand what all these names involve.

Agatha – Famous name that marks ‘good and kind’ creature.
Alexandra– A suitable option for helper and defender.
Calliope – One of the amazing mythical female names that stands for ‘gorgeous voice’.
Delphina – Translated from Greek as ‘little girl’.
Effie – The Greek word that translates as ‘happiness’.
Irene – The word that is translated as ‘peace’.
Iyonna – Another among the prettiest Greek women names that means ‘gracious’.
Kyra – Known as ‘enthroned’.
Petrina – In Greek it means rock.
Sofia – One of the well-known Greek names female ones that means ‘wise’.

When it comes to the boy cats, we are also ready to provide you with an ultimate list of the most demanded names for males right now in Greece. They can serve as splendid names for cats male.

Aesop – A great Greek writer that is well-known for his cool fables.
Alexandros – In Greece stands for a ‘defending man’. One of the most popular Greek warrior names.
Aristotle – One of the greatest philosophers in ancient Greece.
Basil – An awesome choice because of its noble meaning. This Greek word means ‘king’.
Bion – A nice name for your feline. This Greek word for cats means ‘life’.
Calix – This name fits beautiful luxurious boy cats as it stands for ‘extremely handsome’.
Cosmo – The notion that is known as ‘universe’.
Heron – A perfect option for legendary cats as it marks ‘hero’.
Kyros – From Greek can be translated as ‘lord’.
Spiros – This notion is known as ‘spirit’.
Theodoros – This name is translated as ‘gift of God’.
Theron – A right name for a cat because it means ‘hunter’ in Greek. 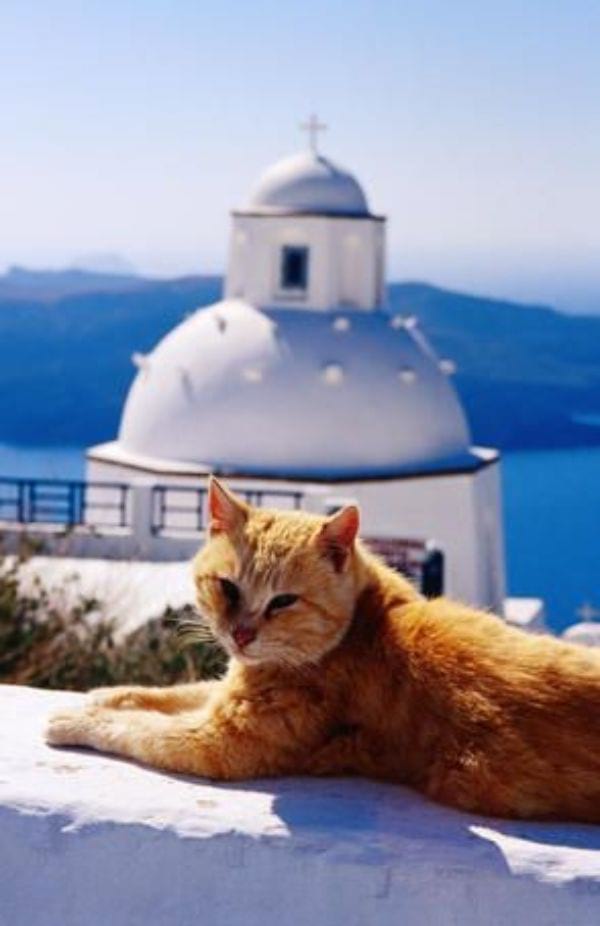 So why not use the iconic Greek god names male based as Greek god names for cats. Here are some of the most fabulous male Greek gods’ names and meanings that can fit your boy furry companion.

Apollo – The God of music, truth, and healing.
Ares – Ares name meaning is ‘militant’ because Ares is the God of War.
Atlas – The greatest of Greek Titan names due to this Titan carried heaven on his back.
Chaos – The origin of everything in our world.
Chronos – The God of time.
Eros – The God of sexual tension.
Hades – The dark God of the underworld.
Helios – The God of sun and light.
Hermes – The Greek God of transformations and borders.
Hercules – One of the bravest Zeus’ sons.
Kratos – The famous Titan God of strength and power.
Morpheus – The God of sleep and dreams.
Poseidon – The powerful God of oceans and seas.
Zephyr – The harbinger of spring.
Zeus – King of all Olympic Gods. Zeus name meaning is ‘extremely powerful and mighty’.

Cats were special animals for Greek culture in the old days. They were sacred and there were several feline gods and cat deities in ancient Greece. Focus on this collection of the most gorgeous Greek goddess names and find the most suitable one for your pretty kitty.

Such an amazing country as Greece is home to some of the most impressive landscapes and sites in the world. It seems Greece has everything a man could possibly wish for – ancient ruins, awesome mountains, and crystal blue seas.

When compiling modern and ancient Greek cat names male and female ones, we realized that popular cities and towns, breathtaking regions, and islands offer great inspiration for names and pay homage to a stunning location a lot of us would like to visit.

Athens – The capital of Greece.
Corinth – One more famous Greek city.
Corfu – This is an island-paradise in the Ionian Sea.
Crete – The biggest and most glorified Greek island.
Delos – Another Greek island which is situated in the Mediterranean Sea.
Delphi – A well-known sanctuary city where the ancient classical world of Greece made the important decisions.
Donata – One more oracle in Greece dated back to the Bronze Age.
Katerini – This is a town situated in Central Macedonia.
Olimpia – the place where the Olympic Games were born three thousand years ago.
Pantheon – The most recognizable structure in Greece extremely famous for its columns.
Rhodes – The Greek island that is known as the home to the Colossus.
Santorini – A well-known island in Greece.
Sparta – In ancient Greece, this city-state was extremely prominent.
Volos – A seaport located midway on mainland Greece.

Looking back in time is an excellent way to find an interesting, creative, or even hilarious Greek cat name. We’ve drawn inspiration from the majestic place of the oldest civilization – Greece – in order to extend our list of old Greek names for felines. View more Greek legendary cat names below and pick out the name that will fit your charming fur ball perfectly.

Naming your cat is just the beginning of living under the same roof! Go through our list of the best ancient cat names that originated in Greece carefully, use your imagination, and have fun choosing the most gripping name for your pet favorite.