11 Orange Cat Breeds Every Tabby Lover Should Know About

Some of us often dream of having a catchy outgoing cat with a tiger-like coat. Well, maybe it would be better to stop dreaming and finally make up your mind what ginger tabby cat will suit you and your home best. It can be rather challenging to choose because there are a lot of charming solid orange cat breeds as well as orange tabby cats.

What breed is my cat? You may think going over the Garfield cat breed photos without knowing what orange kitten will be a cool addition to your family. Actually, it’s wrong to pick up a baby orange cat because of its impressive appearance.

If you want to take home a real four-legged friend who you spend time with after a hard day of work, you should focus on the personality and unique characteristics of various orange cats to select the most appropriate one.

Below you’ll find a lot of useful facts about the peculiarities of orange cat types and a concise description of the most sought-after ginger cats breeds.

What is a Tabby Cat?

Most people think that orange tabbies belong to a specific cute orange cat breed. But they don’t belong to a peculiar feline breed because the word “tabby” means a fur pattern and denotes just different types of orange cats, not breeds. Tabby orange kittens don’t refer to one cat breed, a tabby coat pattern is common to many orange cat cartoon breeds.

There are four main tabby coat patterns. The classic or blotched coat type is characterized by wide, dark lines curved over the sides and shoulders. Besides, this coat pattern features three large stripes that run from the shoulder blades to the tail base.

The next pattern is called the mackerel tabby type and it resembles a fish skeleton due to its broken stripes that run perpendicular to the cat’s spine. The ticked tabby pattern includes marked spots on a lighter feline coat.

The last tabby cat coat pattern is the ticked one. It doesn’t contain any stripes on the body like the other three types of tabby cats coats. It has thin stripes on the legs, tail, and face.

You may also like: Orange Cat Names for Beautiful Marmalade Felines 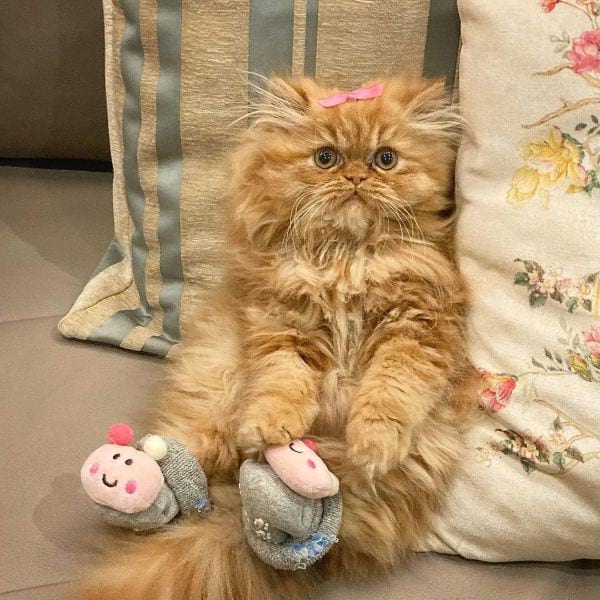 Being the most popular and demanded orange longhair cat, the Persians refer to the elite and aristocratic four-legged creatures. Their adorable and fluffy fur impresses.

Their laid-back and calm personality amazes everyone. However, the Persian cats are highly affectionate and loyal felines and they are usually in close touch with their owners. 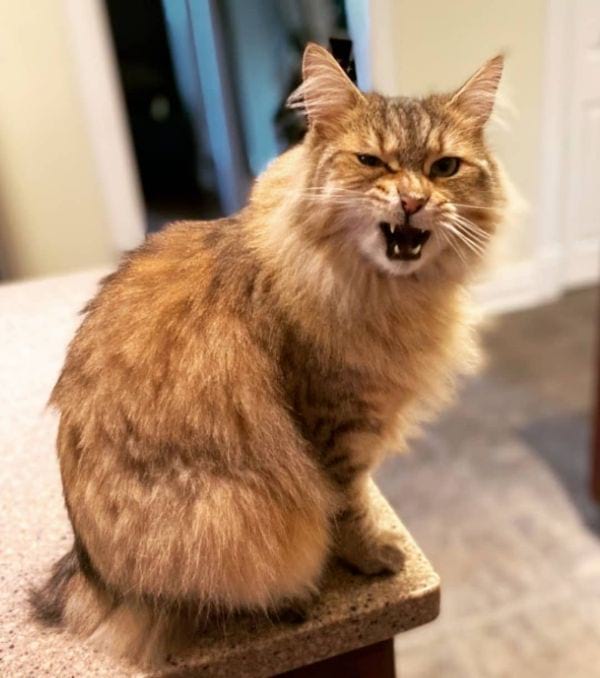 Their playful temperament and energetic nature underline the catchy appearance. These domestic cats can be either long haired or short haired. 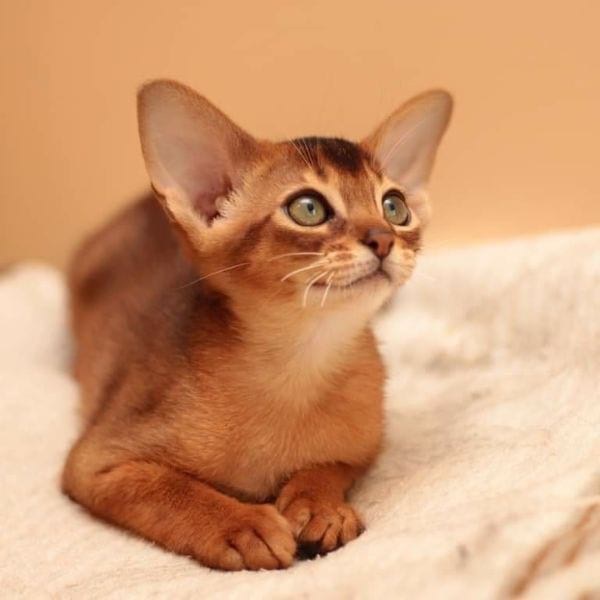 The elegant short hair orange tabbies remind a mystical feline depicted in ancient Pharaonic statues. Some people believe that this shorthair tabby breed comes from Egypt, but others think that it has its roots in Ethiopia.

But it doesn’t really matter because when you look at such a graceful creature, you forget everything. This orange shorthair cat doesn’t require much grooming. However, it needs much attention because the cat of this breed is very active and extremely social. 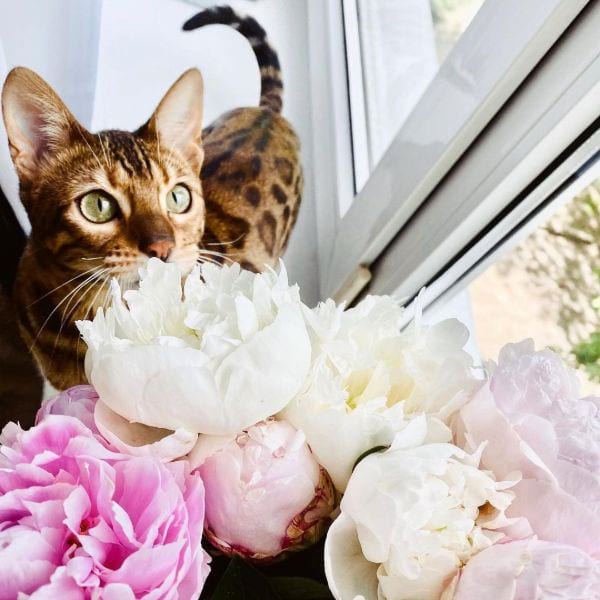 The orange Bengal cat features an Asian leopard-like coat and freedom-loving nature. The Bengals belong to the big orange cat breeds and they need a lot of space at home. Such cats are great hunters and their instincts make them active and energetic.

Moreover, such an unusual cat breed has one more peculiar characteristic. The Bengal cats love water. They love swimming and playing in the water. 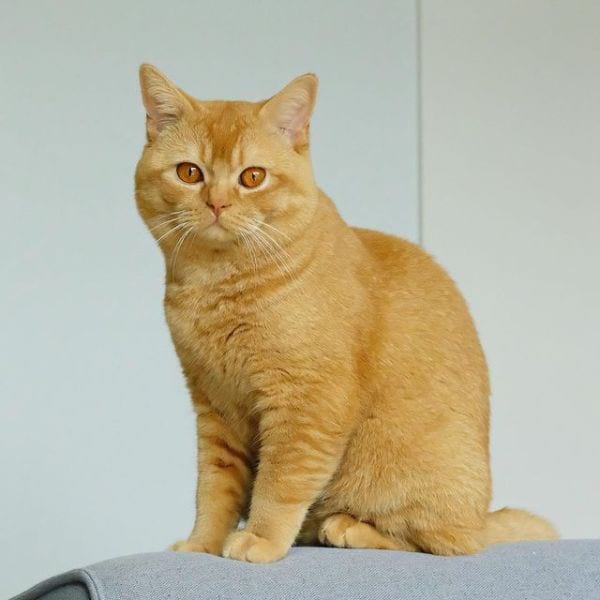 A plushy medium-haired cat with a cute round face and special charm… That’s about the British Shorthair cat. Some felines of this gorgeous breed have not only orange fur but also Sapphire eyes.

These short haired cats, as well as their relatives – Exotic Shorthair cats, are quite calm and patient. It doesn’t take too much time to groom them because their coat isn’t so long compared to other medium hair cats. 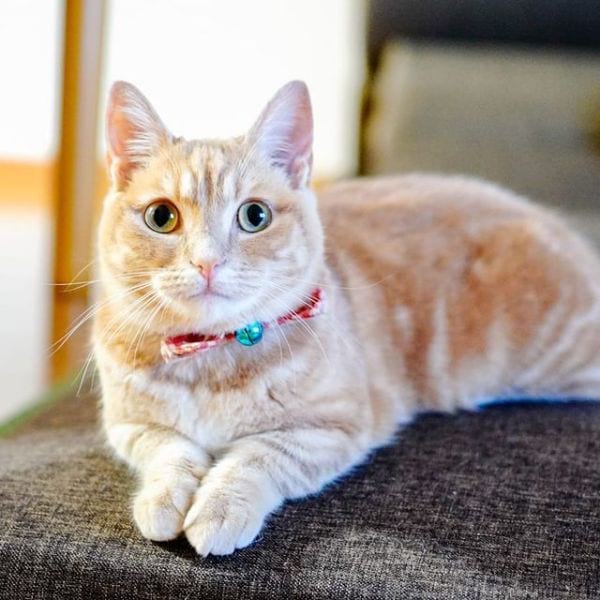 When it comes to the ginger and white cat breed with short legs, the first breed that comes to mind is the orange Munchkin cat. This peculiar feline is among favorites for families with kids.

The playful temperament of the Munchkin and natural smartness attract a lot of cat lovers to such a lovely cat type. 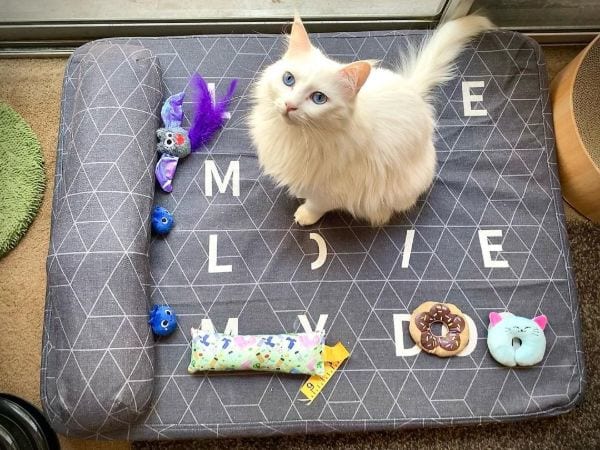 Another great option for ginger cat lovers is the orange Turkish Angora. Being a tender and gentle creature, this feline is a highly intelligent and friendly cat. 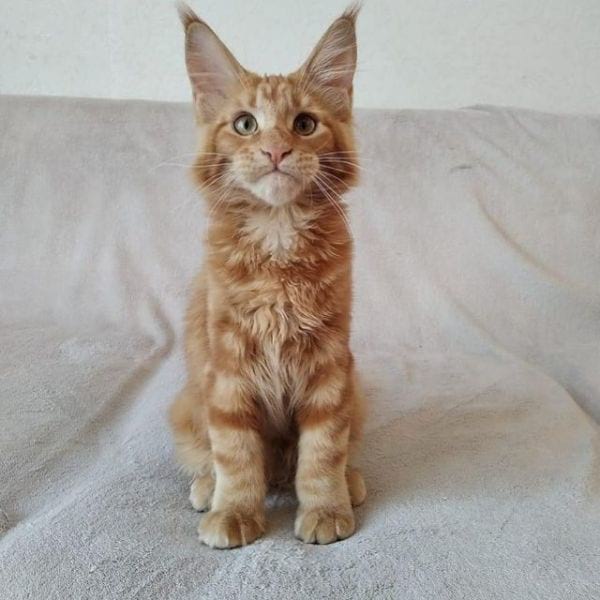 One of the prettiest and largest domestic cat breeds is the Maine Coon. The cats of this colossal breed are huge, affectionate, devoted, and easy to train. These gentle giants can be loyal companions.

Besides, Maine Coons are good hunters and their coat can be not only such a flashy color as orange, yellow tabby, creamy tabby, or red, their coat is also water-repellent. 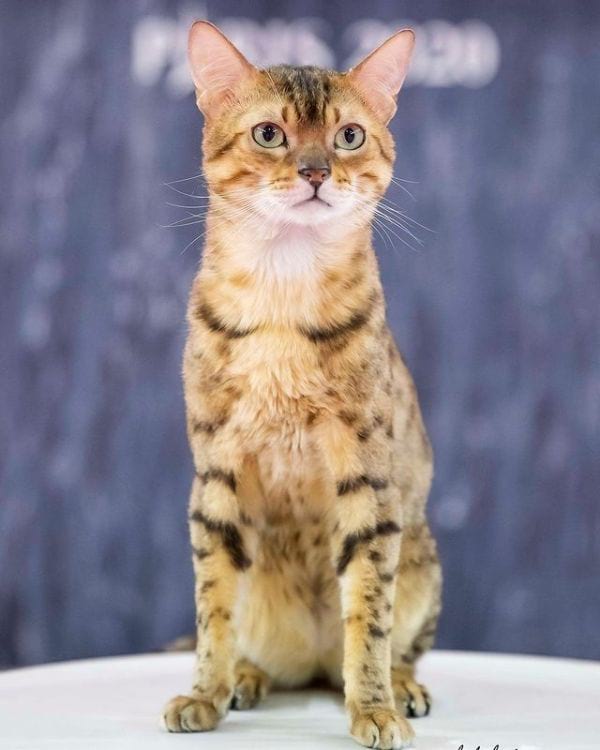 Originated from Egypt, this domestic cat has a unique temperament and is one of the oldest cats. Among the rest of the orange striped felines, these cats are known as felines who are always on the move and creatures with low grooming needs. 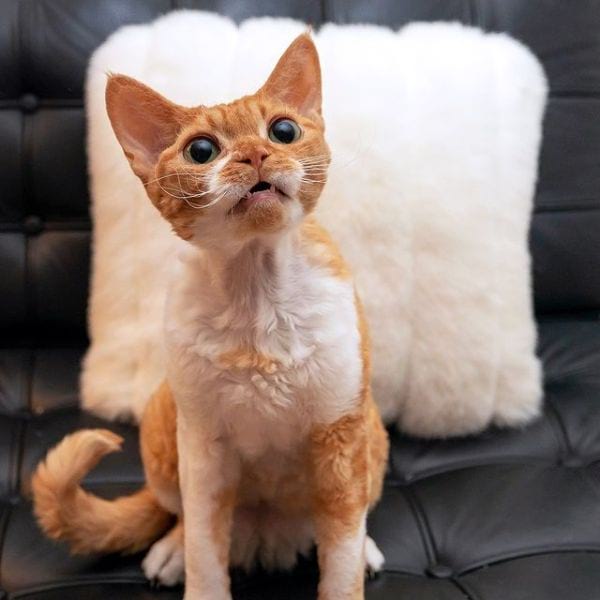 The extravagant appearance and hyperactive character make the Devon Rex cats be always in the spotlight. But these cats love attention and usually build close bonds with their humans. 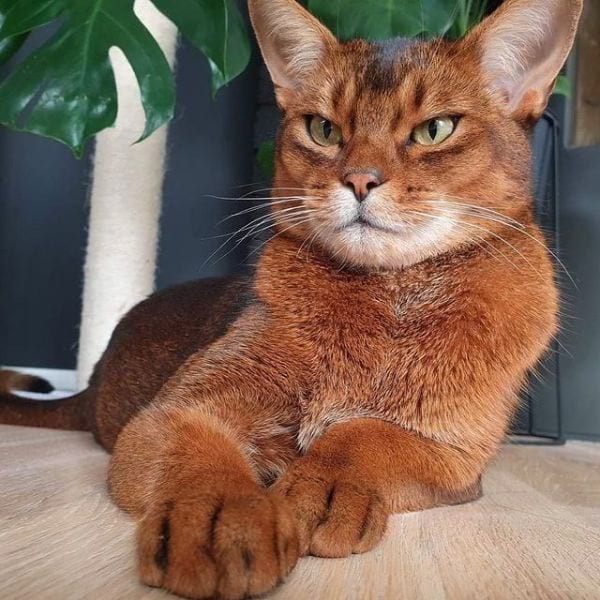 Very similar to a fox, the Somali cat is marked by vibrant orange coat color. These cats are very independent and like to have a lot of space to play, hunt, and rest.

What breeds of cats are orange?

How many orange cat breeds are there?

Our list includes the 11 most popular orange cat breeds. However, the list can be extended because there are more ginger cats.

Of course, not! As has been said, there are four types of tabby coat patterns often occur among orange tabby kittens. Orange female cat patterns are quite rare, but they also occur. Usually, in five ginger tabbies, one is a female orange tabby cat.

What breed of cats is fluffy and orange?

Are all orange cats male?

Not all, but male ginger cats account for 80% of all orange felines. It’s a scientifically proven fact. According to Science Focus, the X chromosome is responsible for a cat’s red hair color.

Females include two X chromosomes, but males contain the XY chromosome (so they require just one X chromosome to have gorgeous ginger fur).

Orange cats are always in the center of attention due to their impressive appearance and unique temperament. If you are ready to take home such a special four-legged companion, check out the list of the most popular breeds of orange kitties, explore the peculiarities of each breed and decide which orange cat personality and look will be perfect for you.